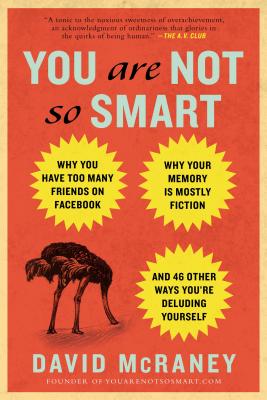 You Are Not So Smart: Why You Have Too Many Friends on Facebook, Why Your Memory Is Mostly Fiction, an d 46 Other Ways You're Deluding Yourself

An entertaining illumination of the stupid beliefs that make us feel wise, based on the popular blog of the same name. Whether you're deciding which smartphone to purchase or which politician to believe, you think you are a rational being whose every decision is based on cool, detached logic. But here's the truth: You are not so smart. You're just as deluded as the rest of us--but that's okay, because being deluded is part of being human. Growing out of David McRaney's popular blog, You Are Not So Smart reveals that every decision we make, every thought we contemplate, an...
View More...